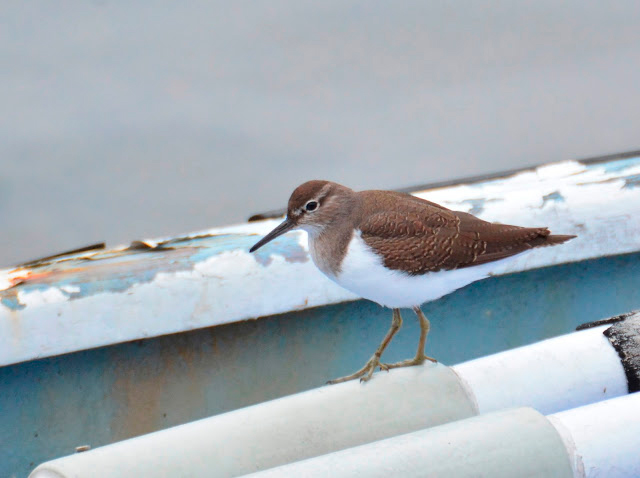 It is the smallest estuary in Galicia, with a huge natural landscape and ornithological charm. Its strategic geographical location, at the western end of the European continent, makes it an obligatory crossing point for many seabirds, and this, together with the fact that it is also a secondary route for a significant number of landbirds, makes this zone an ideal enclave for the seekers of rare birds, among which stand out those of North American, Siberian and Saharan origin.

This estuary also serves as a refuge for numerous aquatic and marine birds, such as the Grey Heron, the Great Cormorant, the Mallard, the Eurasian Widgeon, Gadwalls and Pintails, the Great White Egret, Common Sandpipers, and the abundant Gulls.

It features a great variety of gulls with up to 15 reported especies and the regular presence of at least 9 species during winter. We are talking about the Yellow Legged Seagull, Black headed Gull, Black-blacked Gull, Greater Black-backed Seagull, Mediterranean Gull, Common Gull and Herring Gull, as well as the inexcusable annual presence of the Iceland Gull and the Glaucous Gull, which breed in circumpolar latitudes. The visit of Nearctic origin of the Ring Billed Gull, practically present every year, and the American Herring Gull, or the very rare Laughing Gull. And even, taking advantage of the heavy storms, exceptionally a pelagic species such as the Kittiwake comes to the beach.

There is no doubt about the beauty of the landscape enclave of the Lires estuary, presenting a peaceful environment far from the presence of man, where the tides change the landscape twice a day, with different views each time we pass through it. You can observe sandbanks, mudflats, marshes and Atlantic and continental salt marshes, ponds covered with fresh water at low tide, small patches of alluvial forests, and wet semi-natural meadows of tall grasses.

A pleasant walk in the shade of the trees bordering the Lires estuary, which leads from the village of Lires to the beach where you will find one of the best panoramic views of the Costa da Morte.

In this walk you can observe and photograph a great variety of bird species.

And when the tide is low, as the water is at the height of your feet, you can cross easily, safely and quickly, from the beach of Lires to the beach of Nemiña. 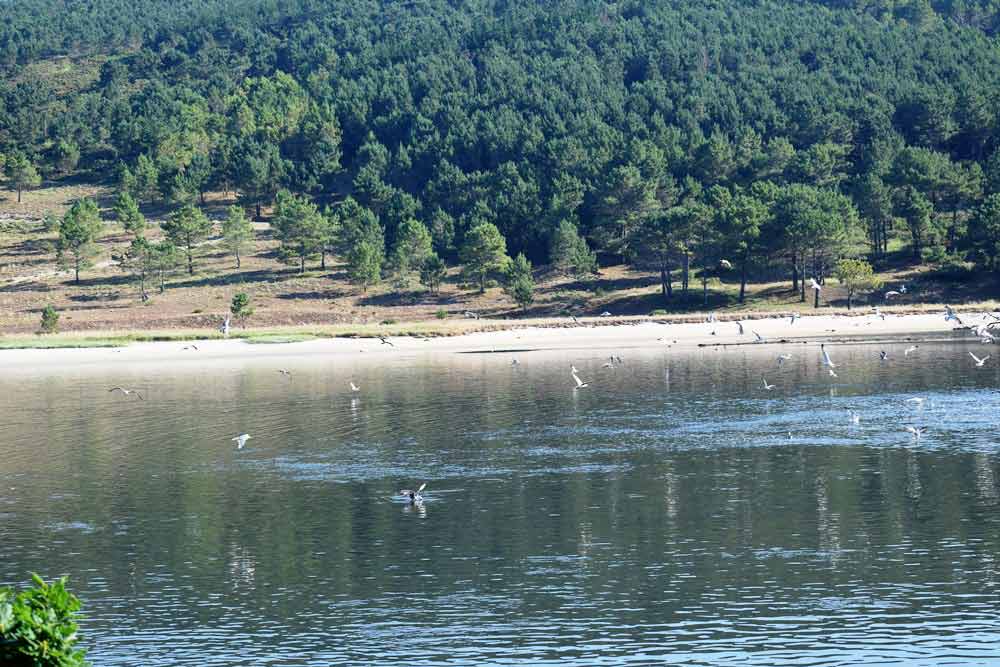 The Lires estuary is located just a little walk from LiresCa!

DID YOU KNOW? The Lighthouse Way originated from the restlessness of a group of friends who wanted to hike the Coast of Death all along the coastline

DID YOU KNOW? Barnacles are hermaphrodites