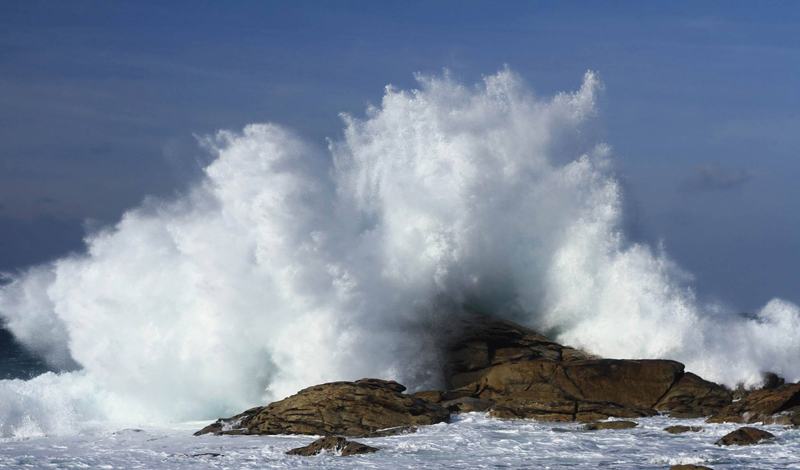 Some bibliographies point out that the name of the region is not Galician, that it was coined by the writer Annette Meakin, a  friend of Queen Victoria´s, wife of King Alfonso XIII.

Back in 1908, surprised and horrified by the shipwrecks that occurred at the end of the 19th century, the writer ended up referring to this coast as “Coast of Death”. Meakin clarified that the name was popular among English sailors owing to the number of shipwrecks on this coast.

Subsequently, under the influence of the press from Britain and Madrid, it began to be known as Costa da Morte.

Although it is true that this was the only reference we had until recently, researchers and writers Rafael and Xosé Manuel Lema Mouzo mention other cases in which this name is used to refer to this land:

From 1904, a copy of the newspaper Noroeste,from Coruña, reported : “Three shipwrecks on the coast of death.” This is the earliest known written reference to the place name Costa da Morte.

From 1907, there is a map with a cross marking the sinking of the Serpent and with the name “Coast of Death” written on the map

DID YOU KNOW? The dolmen known as A Pedra da Arca was built by a ‘moura’

DID YOU KNOW? In the Coast of Death there is also black gold

DID YOU KNOW? In the old days it was believed that in Finisterre was the border between life and death