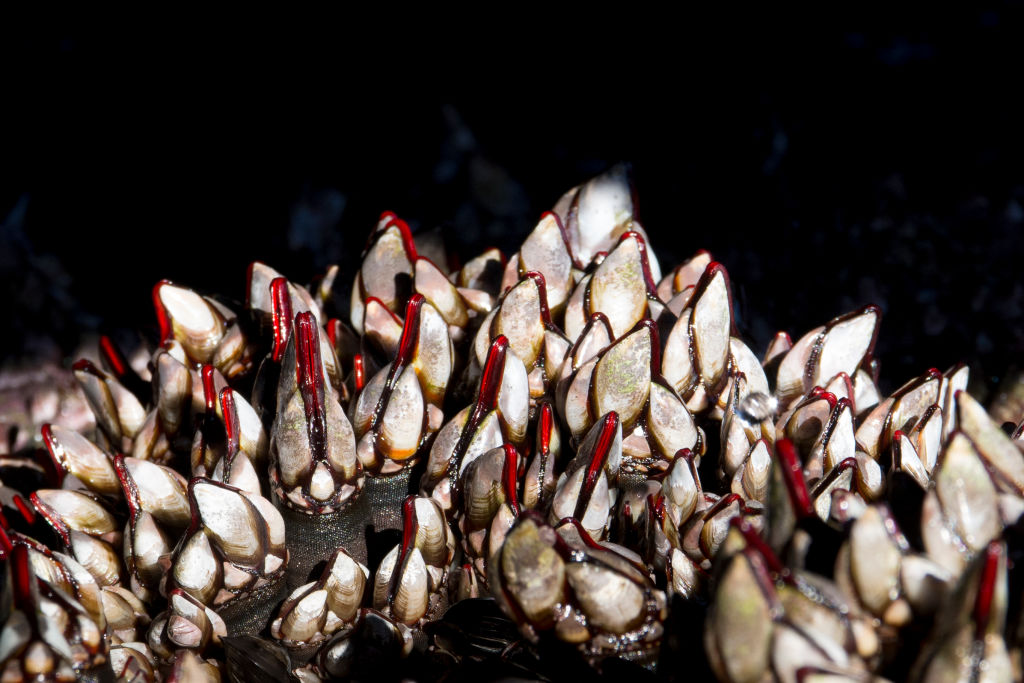 Barnacles have both male and female reproductive organs.

However, barnacles can not self-fertilize. To carry out reproduction, it is necessary for another specimen to intervene so that one of them acts as a male and the other as a female. Each individual assumes a certain role in mating, but we do not know for sure what this choice depends on.

The pairing of barnacles takes place from spring to the beginning of autumn. As they cannot move because they are attached to rocks, fertilization can take place in two different ways.

In the season of coupling and when the sea is calm, the barnacles open the protective plates of their penis, enabling them to carry out fertilization thanks to the length of the penis, which is introduced in the shell of the closest barnacle “in female phase”, depositing the sperm that causes the release of the ovules which, in turn, are fertilized.

The other option for them to reproduce is that the males expel their sperm into the marine currents and expect luck to provide them with a mate.

Feast of the percebe from Roncudo, in Corme (Ponteceso), which is celebrated in the second half of July. It is a celebration in honor of deceased sailors and shellfish harvesters, in which barnacles and other food are served.

DID YOU KNOW? The solidarity of the residents of Carnota avoided retaliation for the flight of refugees from Mount Pindo

DID YOU KNOW? The sea used to reach the old church of Lires