The Coast of Death, the Galician coastline stretching from Malpica to Fisterra, earned this name by the numerous shipwrecks that took place in the nineteenth and early twentieth centuries, and which were made popular through Galician and English literature.

Although this stretch of coastline is part of the old naval chronicle, the place-name Coast of Death is quite modern, dating back just a century.

The first appearances of the term in Spanish and Galician always refer to shipwrecks that occurred in the the Sea of Traba and the Sea of Trece,  rough coastline belonging to the Guild of Fishermen from Camelle, the name being tainted by the black legend of thieves and the attribution of shipwrecks to the natives.

Journalist Lisardo (Rodríguez) Barreiro had already warned that the name  Coast of Death was inspired by similar expressions applied to the English coast in the 19th century.

Ruta da Costa da Morte (Route along the Coast of Death):  This is a short trip by car to get to know the Coast of Death, with a duration of approximately three days. You can also do some stretches on foot or go on walking tours suitable for the general public. Make a brief stop along the way and visit the village of Lires, where you will find LiresCa. 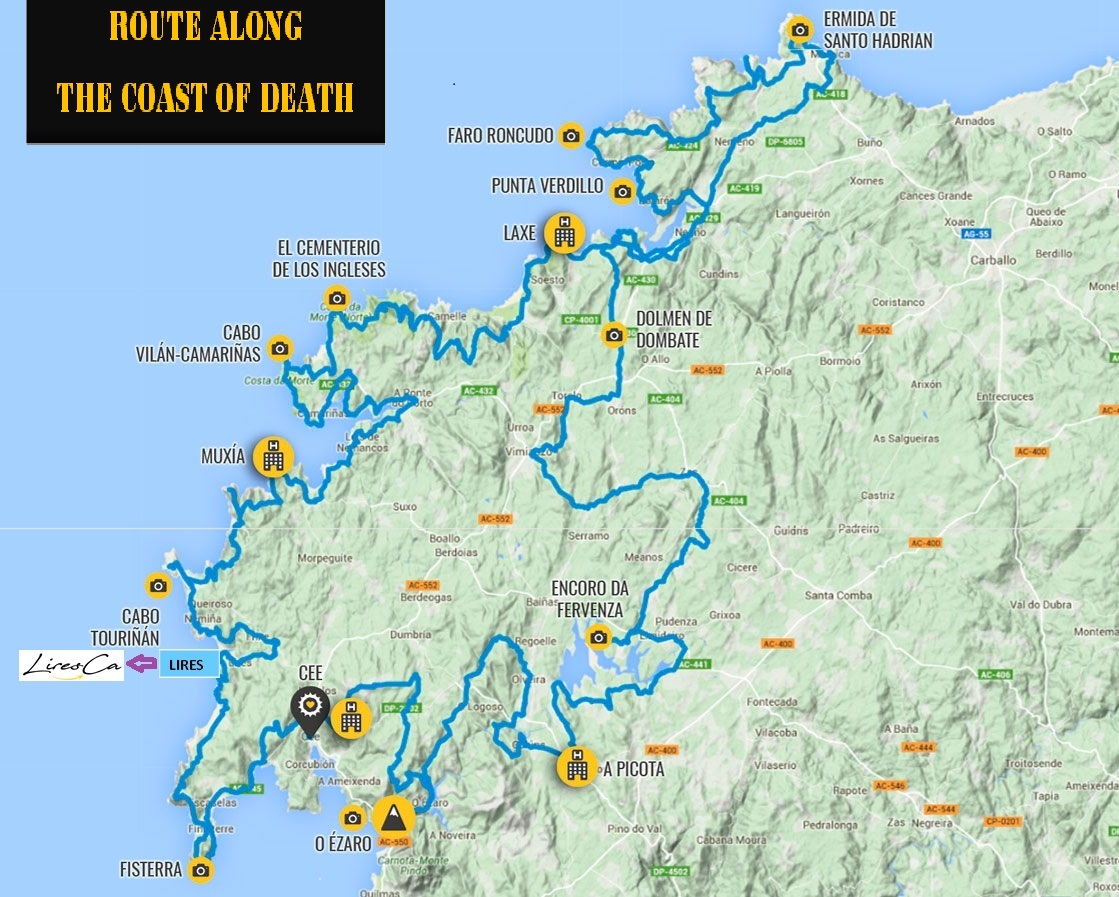 DID YOU KNOW? Galicia is the community of the Iberian Peninsula with the longest coastline